Google Analytics 360 Suite: Do I Need It?

However, this new Google package is not free. Unlike the free Google Analytics version, this suite of tools carries a substantial annual fee, leading many to question whether it is worth the money. As Google Analytics experts, we say yes...and here's why.

What is Google Analytics 360?

There are a myriad of business advantages to using Google Analytics 360. Among the most significant are...

Google's free Analytics tool is the most widely used website analytics tool in the world. Almost every website owner or manager, from dabbler to CEO, has looked at this tool at least briefly. However, there is no live support for the free tool, and finding the answer you need amid the pages and pages of help notes can be frustrating at best. 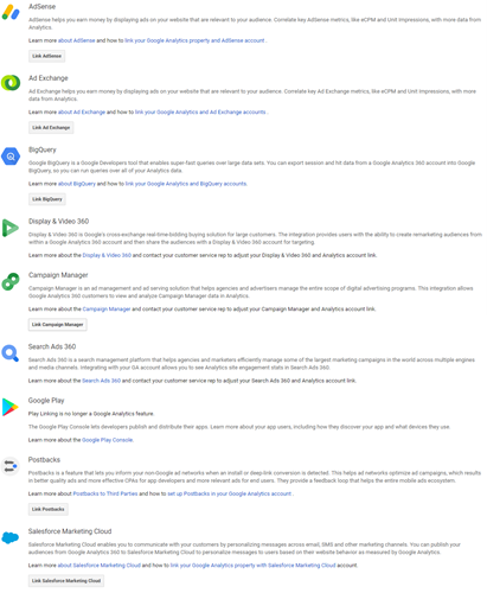 Another wonderful feature of Google Analytics 360 is that it can work with data of up to 125,000,000 sessions without sampling. That compares to just 500,000 with the free version. That means, if you have a large amount of data, the tools will look at each piece, rather than taking a "sample" and extrapolating a result.

Plus, if you thought you might just run a few smaller reports and add them together to create the report you need with the free version, even that doesn't quite get you the right answer. The free Analytics tool calculates its report results at the property level rather than the view level, which is used by Google Analytics 360. This means the free data is calculated before any filters are applied.

5. Makes It Easy To Make Regular Business And Marketing Decisions

Of course, as snazzy as Analytic 360's reports can be, their usefulness lies in giving website owners and managers the information they need to make informed decisions about their businesses. It lets you see at a glance what's working and what's not working, allowing you to make changes early in an ad campaign or website promotion that will increase user engagement. Unlike the free version of Google Analytics, Google Analytics 360 can also produce reports about video and display campaigns as well as perform what they call roll-up reporting, which gathers data from multiple properties, in the U.S. and internationally, and combines them into one report.

Google Analytics 360 doesn't just look at historical data, these tools also have the capability to perform predictive analytics and give you an idea of what kind of results you can expect from a marketing campaign based on what has happened in similar situations in the past.

If your business typically needs to make frequent decisions, such as on an hourly or twice-daily basis, Google Analytics 360 data will be up to date and offer you nearly real-time results, taking much of the guesswork out of this type of decision-making. While data is guaranteed to refresh every four hours, actual refresh times are closer to hourly.

Finally, Google Analytics 360 allows you to create reports that are tailor made to your company's needs, whereas the free Google Analytics does not. While there are many, many set reports available in both versions, you may need to customize your reports if you find that you are filtering and segmenting the data a lot and still aren't 100 percent satisfied with the report results. One of the customizable reports we are most excited about are the custom funnel reports, available only with Google Analytics 360. These reports allow you to see where site users are traveling around your site as well as when or if they are engaging with the site.

To learn more about Google Analytics 360 and how you can make this exciting suite of tools work for you and your business, give us a shout! As a Google Certified Partner and expert Google Analytics agency, we've been helping businesses and other agencies make the most of their Google Analytics data since 2003, and we're happy to answer any questions or help however we can!